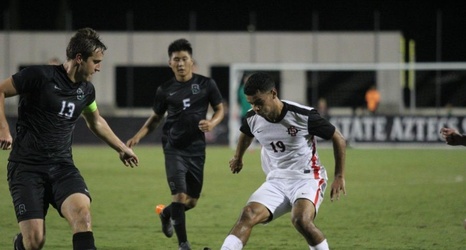 Senior forward Damian German dribbles the ball during the Aztecs 2-0 victory over Brown University on Sept. 14 at the SDSU Sports Deck. German had two goals in the game.

SDSU had six shots on goal in the first half and three corners earned. Despite being aggressive on the attacking third the Aztecs struggled to put away any goals.