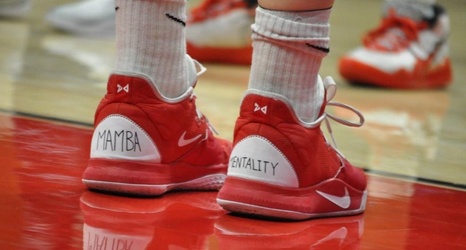 Six days have passed since the world was shaken by tragedy.

Nine people, including Los Angeles Lakers legend Kobe Bryant, were killed in a helicopter crash near Calabasas, California on the morning of Jan. 26.

Millions have mourned the loss of Bryant who is regarded as one of the greatest basketball players of all time.

During warm-ups before San Diego State women’s basketball game against New Mexico on Jan. 29, many players and coaches wore one of Bryant’s signature Nike shoes.

Some had messages written in support for both Kobe and his daughter Gianna, who Kobe called “Mambacita.