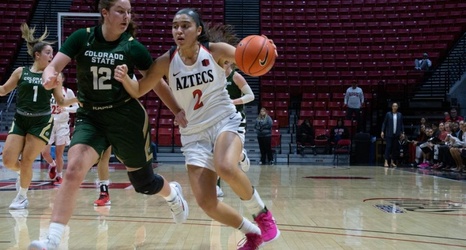 Sophomore guard Sophia Ramos looks to drive down the lane in the Aztecs' 59-49 win over Colorado State on Dec. 4 at Viejas Arena.

“I thought it was a hard fought win against a good Colorado State team,” Terry-Hutson said. “A good way to open up conference play. I am really impressed with the team ball that we played offensively and defensively.