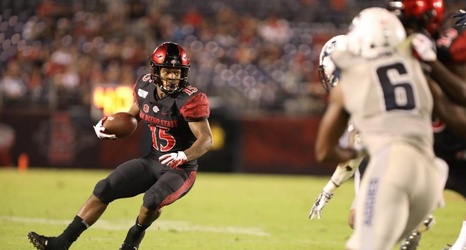 San Diego State football will attempt to avenge its sole loss of the season as it travels to face Mountain West Conference foe Colorado State on Oct. 5.

The Rams (1-4, 0-1 MWC) have been able to put up explosive numbers on offense despite losing their starting quarterback, junior Collin Hill, to an ACL injury on Sept. 14.

Junior backup quarterback Patrick O’Brien has completed 58.1% of his passes for 757 yards, two touchdowns and an interception in relief.