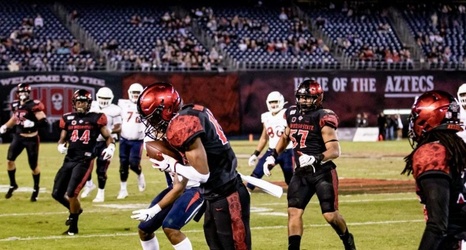 With eight seconds and timeout left, redshirt freshman kicker Matt Araiza had the chance to send the game into overtime by making a potential career-high 48-yard field goal attempt.

The Aztecs could have run another play to move the ball closer to the end zone, but they elected to kick the field goal then and there.

Araiza had the chance to redeem himself, but his second attempt was the same result as the first.