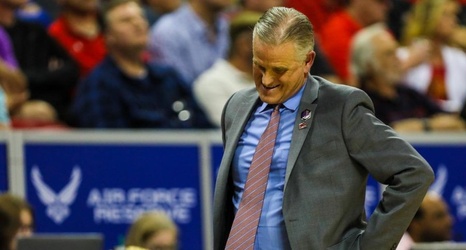 Head coach Brian Dutcher looks down in disappointment during the Aztecs’ 59-56 loss against Utah State at Thomas and Mack Center on March 7.

Merrill took it upon himself to bring the ball up the court and win it for the Aggies.

He did so by hitting a contested 3-pointer in the face of Aztecs senior guard KJ Feagin with 2.6 seconds left.