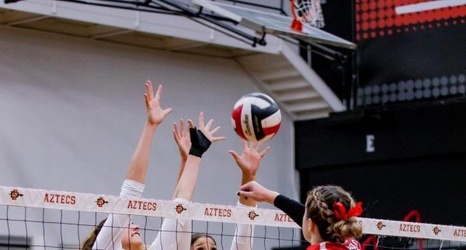 Head coach Detire Collins-Parker expressed her frustration with the results of the game.

“Disappointing,” Collins-Parker said. “We didn’t make plays when we needed to.”

SDSU racked up a total of 16 attack errors during the match.

“We had a tough server; we didn’t start off passing well,” Collins-Parker said. “Our confidence (got) rocked a little bit.”

However, the Aztecs had five service aces with junior defensive specialist Sam McGrath claiming two of them.