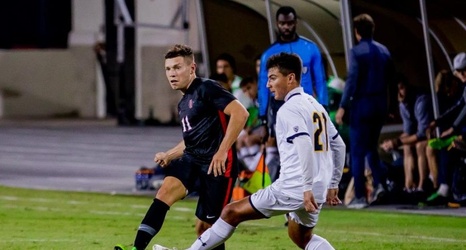 At first glance, it may appear that San Diego State men’s soccer outplayed California on Oct. 10 at the SDSU Sports Deck.

But the three first half goals from the Golden Bears and a fourth goal in the 88th minute were too much to overcome for SDSU resulting in 4-0 Aztecs’ loss..

Head coach Lev Kirshner said the Aztecs have the ability to play at a high level, but defensive mistakes have hurt them.

“We are fully capable of playing at this level with any soccer team – anybody in the country – but you can not continue to bleed goals in the manner that we are,” Kirshner said.