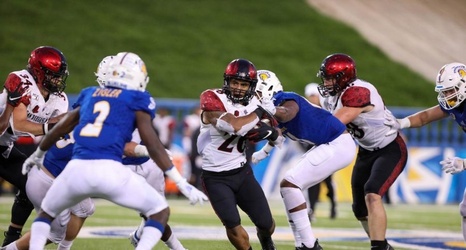 Sophomore running back Kaegun Williams runs through the Spartan defense during the Aztecs 27-17 victory over San José State on Oct. 19 at CEFCU Stadium. Williams returned the opening kickoff for a 95-yard touchdown.

That was the last time an Aztec returned a kickoff for a touchdown.