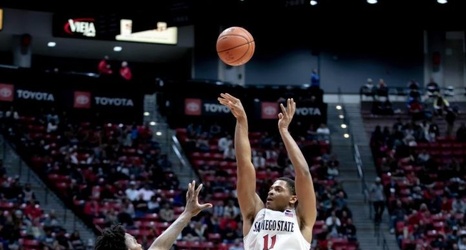 San Diego State men’s basketball forward Matt Mitchell has decided to opt out of the NBA Draft process and return for his senior year with the Aztecs, he announced on Twitter Friday morning.

“After exploring my options and discussions with both my family and the coaching staff, I have decided to return to San Diego State for my senior season,” Mitchell said on Twitter.

Mitchell had initially declared for the draft back in April, but because he did not hire an agent, he was able to maintain his college eligibility.

“(Returning to SDSU) was all about me being ready, the situation being right,” Mitchell said in a press conference Friday afternoon.