3 things to look out for heading into NCAA Tournament: Coronavirus, extended rest and Nathan Mensah 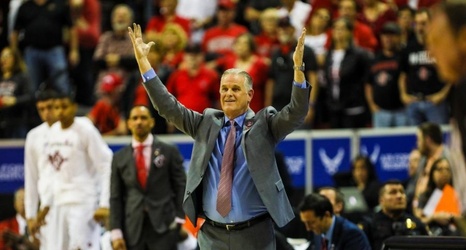 Head coach Brian Dutcher throws his hands up during the Aztecs’ 59-56 loss against Utah State at Thomas and Mack Center on March 7.

Although the win gave Utah State an automatic bid to the NCAA Tournament, the Aztecs’ name will still be called on Selection Sunday at 3 p.m.

Here are three things to look out for before the Aztecs begin their quest for a National Title.