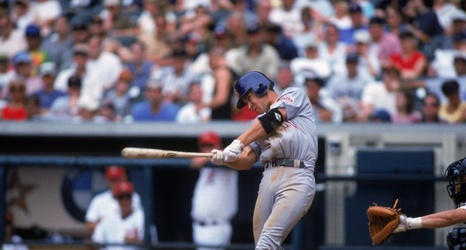 20 Apr 2000: Bret Boone #29 of San Diego Padres at bat during the game against the Houston Astros at Enron Field in Houston, Texas. The Padres defeated the Astros 8-6. Mandatory Credit: Chris Covatta /Allsport

We take a look back at memorable game in San Diego Padres history between to two Boone brothers in which both went deep.

On May 11, 2000 the San Diego Padres took on the Cincinnati Reds at Cinergy Field in what would end up being a great early season game.

But in this game, you had a matchup of brothers who would both have a big impact on the game of baseball over this stretch.