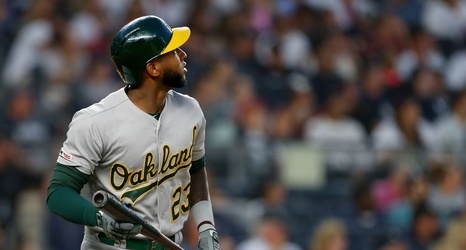 After the San Diego Padres traded Luis Urias to the Milwaukee Brewers earlier this offseason it left a hole at second base and a lot of question marks about the position going forward.

Less than a week after trading Urias, A.J. Preller traded for Jurickson Profar to become the incumbent second baseman for the Padres.

At the time I thought this was a bit of a knee jerk reaction to quickly find someone to fill that spot. But it turns out Preller is a big fan of Profar as he was with the Texas Rangers when they signed him back in 2009.