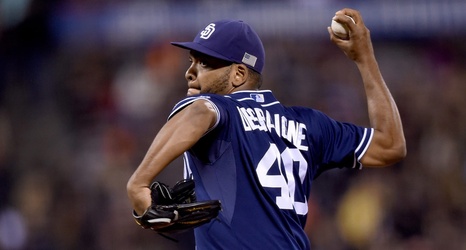 All the buzz around baseball fans is ESPN picking up the rights to air the Korean Baseball Organization, which resumed play last night after a brief spike in COVID-19 cases. And wouldn’t you know it that former San Diego Padres pitcher, Odrisamer Despaigne, took the mound for the KT Wiz?

It was actually a battle of former Marlins teammates as Dan Straily took the mound for the Lotte Giants. Anyways, Depaigne pitched six innings of four-hit ball, allowing just one earned run while striking out eight batters.

Obviously, it’s still early into the season, but this is exactly how players get another shot at playing in the MLB.