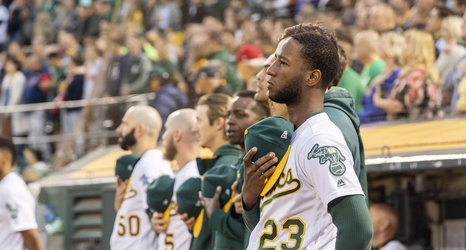 Earlier today, it was reported that the Padres will be trading with the Oakland A’s for Jurickson Profar.

Profar may fill in the spot at second base for the Padres. Last season with the A’s, he hit .218 with 20 home runs, 67 RBIs, and nine stolen bases. In 124 innings at second base last season, Profar made 13 errors. He is a utility player and could also give the Padres some depth in the outfield. But for now, he will probably be competing for the starting second base spot.