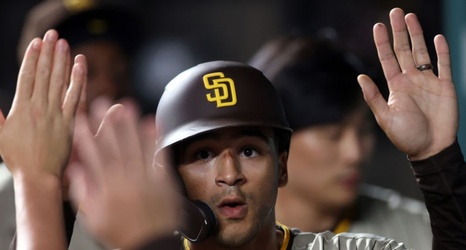 The return of Trent Grisham on Friday went largely unheralded – for obvious reasons. When your pitcher throws the first no-hitter in franchise history, it makes sense that something like this could be lost in the chaos.

But the former first-rounder did make his 2021 debut against the Rangers Friday night and he didn’t miss a beat. Grisham went 2-for-4 out of the leadoff spot with a pair of singles, scoring one of San Diego’s three runs in support of Joe Musgrove. That was more than enough for the right-hander, who is yet to allow a run in a Padres uniform.