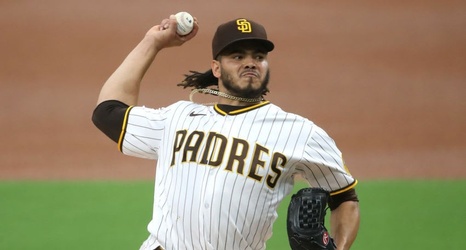 SAN DIEGO, CALIFORNIA - SEPTEMBER 07: Dinelson Lamet #29 of the San Diego Padres pitches during the first inning of a game against the Colorado Rockies at PETCO Park on September 07, 2020 in San Diego, California. (Photo by Sean M. Haffey/Getty Images)

Heading into the Padres first postseason appearance since 2006, here are three questions to watch when the series begins.

On Sunday, the Padres learned their fate as well as their opponent in their first postseason appearance since 2006. As previously noted, the Cardinals were hit hardest by the COVID-19 pandemic, having to schedule multiple doubleheaders to get as close as possible to finishing all 60 games.