Padres: This Lance Lynn trade with Rangers could actually work 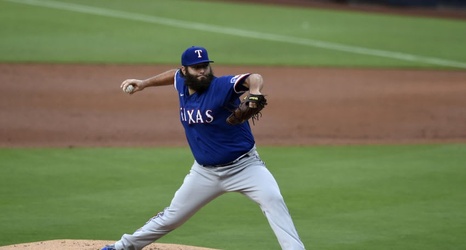 Once the offseason officially begins, the Padres need to get the Rangers front office on the phone regarding a trade for Lance Lynn.

Despite having a surplus of arms, the Padres learned one thing in the COVID-shortened season. You can never have too much pitching. Injuries to Dinelson Lamet and Mike Clevinger derailed their postseason hopes, eventually being swept by the Dodgers in the NLDS. While the AL and NLCS trend toward a clash in the World Series, once the offseason is officially underway, Padres general manager AJ Preller should be the first to contact the Rangers front office about Lance Lynn.