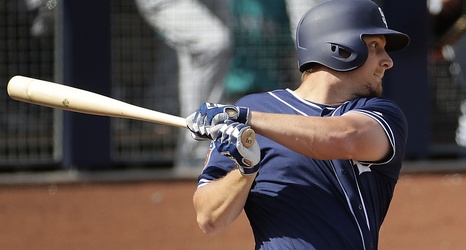 The move gives the club six outfielders on its 25-man roster, while trimming the bullpen down to seven.

Kirkman, meanwhile, was called up last Tuesday when the Padres needed to reinforce their bullpen after a series of short starts. He only appeared in one game, allowing four runs in 1 1/3 innings. The 29-year-old left-hander will need to clear waivers before rejoining El Paso.