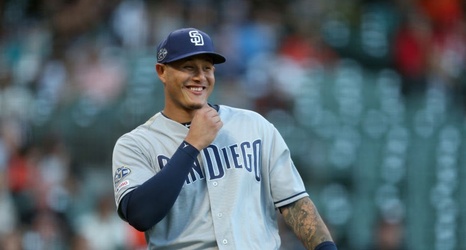 SAN FRANCISCO, CALIFORNIA - AUGUST 29: Manny Machado #13 of the San Diego Padres stands on the field before their game against the San Francisco Giants at Oracle Park on August 29, 2019 in San Francisco, California. (Photo by Ezra Shaw/Getty Images)

Despite hitting .256 with 32 home runs and 85 RBI, Manny Machado’s first season with the Padres could be considered a disappointment. After playing on three teams in two years, he’s now settled into a ten-year, $300 million deal that will keep him in San Diego for the foreseeable future.