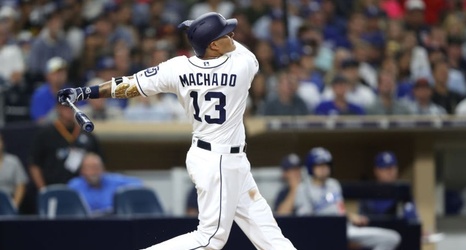 SAN DIEGO, CALIFORNIA - AUGUST 26: Manny Machado #13 of the San Diego Padres at bat during a game against the Los Angeles Dodgers at PETCO Park on August 26, 2019 in San Diego, California. (Photo by Sean M. Haffey/Getty Images)

A closer look at Manny Machado’s first year in a Padres uniform reveals he did not hit well at Petco Park.

In what was considered to be a down year, Manny Machado still managed to hit .256 while smacking 32 bombs and driving in 85 runs. The expectations and settling into a new ten-year deal on a new team could have played a key role in Machado’s struggles.