Padres lose third-straight, come up short in 3-2 loss to Mets 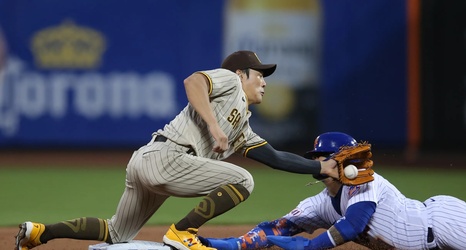 Blake Snell’s struggles continued on Friday evening as the first-year Padres (37-28) struck out four and allowed all three of the Mets’ (31-24) runs during the game’s first four innings. Jake Cronenworth did his best to help rally back with two-run homer in the top of the seventh but that’s all the offense could muster as San Diego fell in game one 3-2 at Citi Field.

As the entire league has come to expect on a nightly basis, Jacob deGrom went to work for six innings before leaving the game due to right flexor tendonitis.