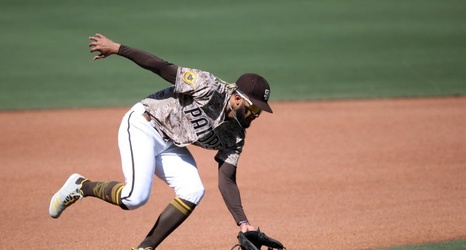 On Thursday, Major League Baseball released the finalists for the Gold Glove at the shortstop position in the National League. Javier Baez, Miguel Rojas, Dansby Swanson. Had this been 2019, I would have no issues with the list.

But the league has apparently overlooked the strides Padres shortstop Fernando Tatis Jr. made in the field in year two. The 21-year-old remained healthy all year long and while the center of attention was on his eye-popping production at the plate, his improvements in the field cannot be measured.