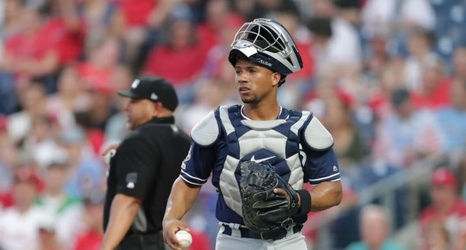 Francisco Mejia has an opportunity to lock down the Padres’ catching gig. What does he need to do this year to get regular playing time?

To this point, Austin Hedges has earned the majority of playing time at catcher because of his draft status and pitch framing. However, he’s left a lot to be desired offensively, which may force the Padres to look elsewhere after this year. Is the answer already on their roster?

Francisco Mejia originally signed with the Cleveland Indians as an international free agent in July 2012 but came over to San Diego in the Brad Hand deal.