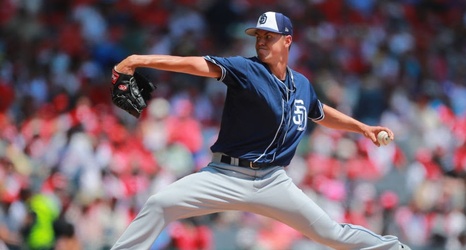 Out of the Park Baseball has been simulating the 2020 Padres season, but MacKenzie Gore has been getting hit hard through his first four starts.

Simulations are precisely that. With no baseball, at least not yet, this is all we have right now. However, it looks like MacKenzie Gore‘s rookie year with the Padres is not going as planned, according to Out of the Park Baseball.