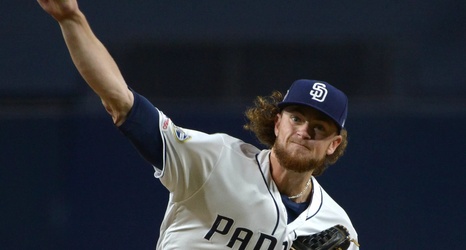 AJ Preller is almost certain to make some serious roster changes this offseason. Once the first domino falls, it’s game on. Some are saying the over/under is set at 4 trades. I’d take the over.

According to Kevin Acee, there are 3 players the Padres are unlikely to move. Good thing too, as fans have been vocal about their distaste in the remote possibility of moving them to begin with.

“Sources both from within the Padres and on rival teams feel that Chris Paddack and top prospect MacKenzie Gore are “virtually untouchable” within the the Padres’ ranks of young arms.