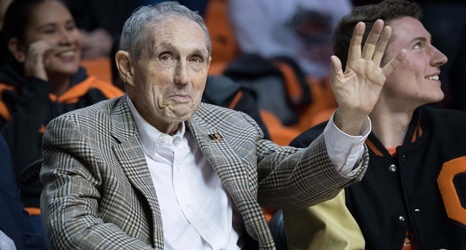 Legendary college basketball coach Eddie Sutton, who won more than 800 games and was the first coach to take four different schools to the NCAA tournament, died Saturday at the age of 84, his son, Sean, told ESPN's Myron Medcalf.

In April, Sutton was voted into the Naismith Basketball of Fame after being a finalist on five occasions. He will be posthumously inducted in August, as will Lakers great Kobe Bryant.

Sutton coached basketball for 50 years, at six different colleges and one high school, but is best known for a successful run at his alma mater Oklahoma State and a controversial tenure at Kentucky.