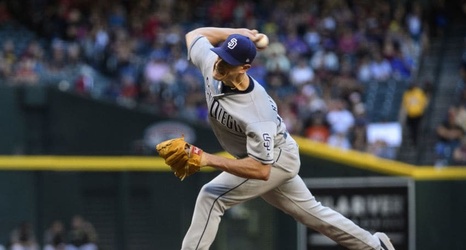 Opening up the first of a three-game virtual series, Padres’ starter Garrett Richards pitched less than an inning before leaving with an injury.

After splitting a four-game series with the Cincinnati Reds, the Padres returned home to open up a virtual three-game series against the Arizona Diamondbacks. In front of 38,500 patrons, Garrett Richards was on the bump for the home team with Madison Bumgarner going for the Diamondbacks.

Richards walked a batter and recorded two outs in the top half of the first inning before leaving with an injury.