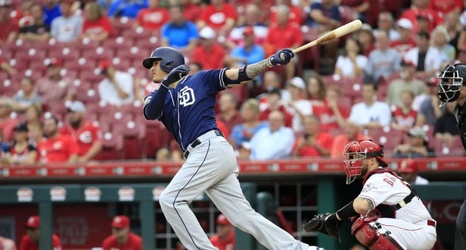 In Strat-O-Matic’s simulation, Manny Machado’s grand slam in the ninth inning gave the Padres a 7-6 win over the Cincinnati Reds.

Strat-O-Matic has been simulating the Padres 2020 season, and Manny Machado came up huge in Sunday’s virtual victory at the Great American Ball Park.

Chris Paddack was shaky over 5.1 innings, allowing five earned runs and striking out seven. Eric Hosmer‘s solo blast and Francisco Mejia‘s two-run shot got the Friars on the board. And trailing 6-3 entering the top of the ninth inning, the Padres turned it on, loading the bases on a Josh Naylor infield single.