2020 MLB Draft first-round probables for Padres based on trends 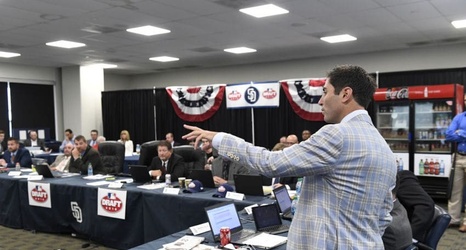 Looking at recent trends in the MLB Draft, has Padres General Manager AJ Preller tipped his hand how he plans to draft in the first round?

Three weeks away from the next set of prospects being added to an already prosperous farm system, the Padres are in a position to grab an immediate impact player. Finishing with one of the worst records reaps the benefit of that, but here’s to hoping they hold the 30th pick next year.

Anyway, while I would ideally like the Padres to target the best college pitcher on the board with the ninth overall pick, recent trends since AJ Preller has been the general manager may be indicative of his blueprint.