Padres Trade Rumors: Justin Upton "Sure To Be Dealt" To A Contender? 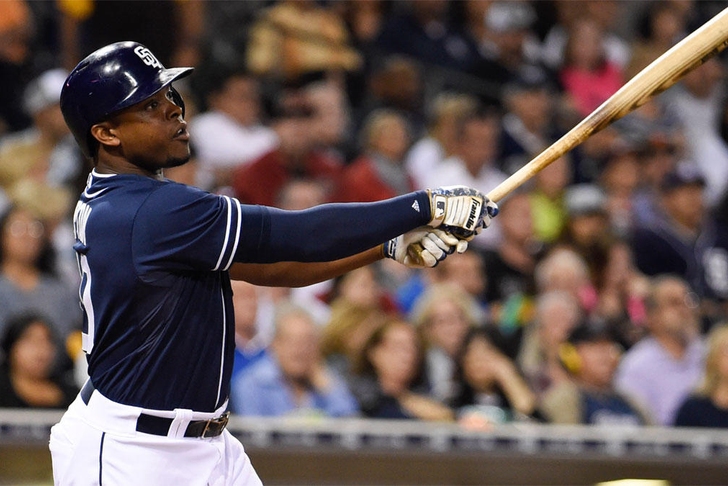 San Diego Padres outfielder Justin Upton has been at the center of multiple trade rumors over the past couple of weeks, and Nick Cafardo of the Boston Globe says that said rumors are precursors to a trade that is pretty much a sure thing.

"Padres outfielder Justin Upton is another prominent hitter who is a pending free agent," Cafardo wrote on Sunday. "Would the Padres deal Upton for a pitcher? They likely won’t make the postseason so there’s no reason to rent a big-name pitcher, but Upton will surely be dealt to a contending team."

Upton has been connected to several teams as of late, with the New York Mets emerging as the most agressive suitor for the 27-year-old slugger in recent days.

The righty free swinger has seen his batting average dip from a career mark of .272 to .248 this year, which likely can be partially attributed to the spacious, pitcher-friendly PetCo Park. His production has remained relatively consistent, however, as he's posted 15 home runs and 49 RBI on the year.