Padres Trade Rumors: 3 Things To Know At The Trade Deadline 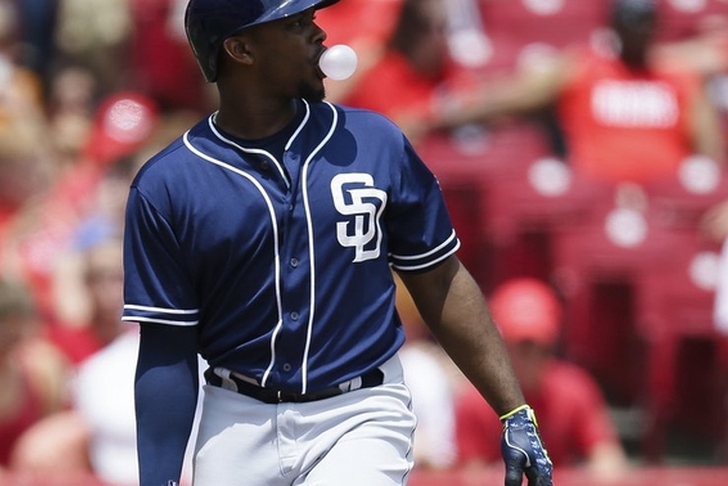 The hours are ticking down in advance of Friday's 2015 MLB Trade Deadline, and there's plenty of intrigue to go around surrounding all 30 MLB teams -- ESPECIALLY the San Diego Padres. Keeping that in mind, here's our Padres Trade Rumors: 3 Things To Know At The Trade Deadline.

The Padres have had discussions with the Chicago Cubs about acquiring shortstop Starlin Castro, according to Jon Morosi and Ken Rosenthal of FOX Sports.

Castro owns a .233/.268/.302 slash line over 399 plate appearances, which falls well below his league-average career output - and metrics suggest he’s slightly to firmly below average on defense.

Justin Upton "sure to be dealt"?

Padres outfielder Justin Upton has been at the center of multiple trade rumors over the past couple of weeks, and Nick Cafardo of the Boston Globe says that one of those rumors is bound to become a reality before the deadline.

"Padres outfielder Justin Upton is another prominent hitter who is a pending free agent," Cafardo wrote on Sunday. "Would the Padres deal Upton for a pitcher? They likely won’t make the postseason so there’s no reason to rent a big-name pitcher, but Upton will surely be dealt to a contending team."

Upton has been connected to several teams as of late, with the New York Mets emerging as the most aggressive suitor for the 27-year-old slugger in recent days.

The righty free swinger has seen his batting average dip from a career mark of .272 to .249 this year, which likely can be partially attributed to the spacious, pitcher-friendly PetCo Park. His power production has remained relatively consistent, however, as he's posted 16 home runs and 50 RBI so far in 2014.

Reliever Shawn Kelley, 31, has been a dependable and serviceable bridge option in the bullpen for San Diego this year, pitching to a 3.25 ERA with a 1.08 while striking out 39 batters in 36 innings pitched (32 appearances).

That's enough to have piqued the interest of the Pittsburgh Pirates, per John Perrotto of USA Today:

Not a name that'll excite the masses but #Pirates have interest in reliable #Padres reliever Shawn Kelley. #MLB

Kelley is finishing up a one-year deal with the Padres worth just over $2.8 million. He'll be an unrestricted free agent this winter.