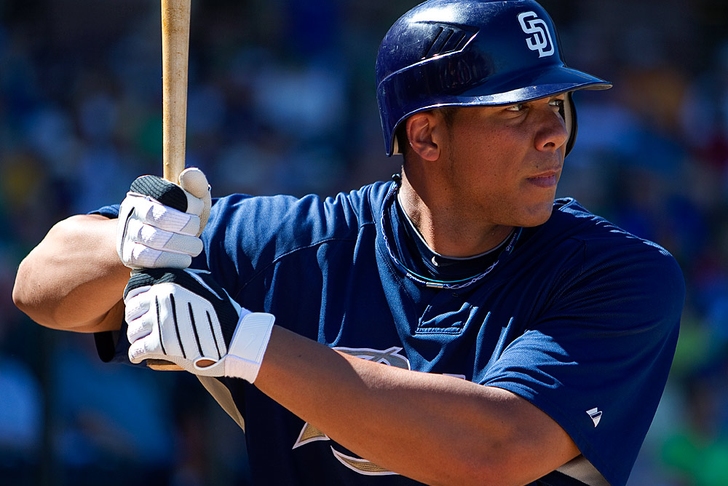 It turns out the rumor that the San Diego Padres were in contact with the Oakland Athletics about a trade for Kyle Blanks was true after all.

The first baseman/outfielder will head to the Bay Area, and in return San Diego will get minor-league outfielder Jake Goebbert along with another player to be named later and/or cash considerations. This leaves the Padres with 38 players on their 40-man roster.

Blanks, who has had 28 homers in 715 big-league at-bats, was recently demoted to Triple-A El Paso. Throughout Blanks' time with the Padres, he had trouble staying healthy, as a variety of different injuries resulted in limited playing time. In 2010, he had Tommy John surgery on his right elbow, and in 2012 he underwent surgery on his left shoulder.

Goebbert, a left-handed hitter, played in the big leagues with Houston as a 13th-round pick out of Northwestern in 2009. He moved to Oakland in the April 2013 trade that sent Travis Blackley to the Astros, and batted .257 this season for Triple-A Sacramento, with seven doubles, a triple, six home runs and 25 RBI in 31 games. He'll now take his talents to San Diego's El Paso club.