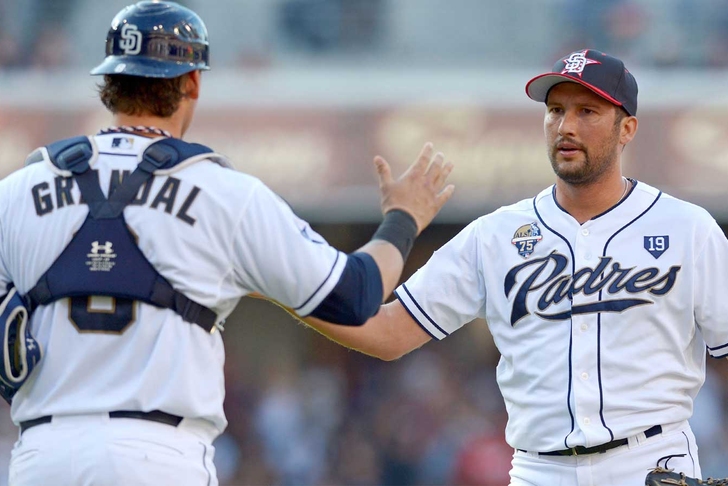 In this breaking Padres rumors and news update, San Diego Padres closer Huston Street will reportedly be traded to the Los Angeles Angels per the finalization of a trade between the two clubs.

The Angels have already traded for one closer this year, dealing Ernesto Frieri away to the Pittsburgh Pirates for Jason Grilli. However, Grilli has been used in a setup role behind current closer Joe Smith - a dynamic that will now likely see Smith shift to setup and Grilli to the seventh with Street closing things out.

At this time, no exact compensation has been released, but the Padres will likely receive a decent haul in return for one of the best closers in the game.

Street was electric for the Padres in the first half, posting a 1.09 ERA with 34 strikeouts in just 33 innings pitched. The Angels currently have the second-best record in baseball, sitting just 1.5 games behind the MLB-best Oakland A's in the highly-competitive AL West. Such a move could be integral for the Halos in their race to escape the one-game AL Wild Card playoff by means of a division pennant.

For all the latest Padres rumors and news, follow our San Diego Padres team page!