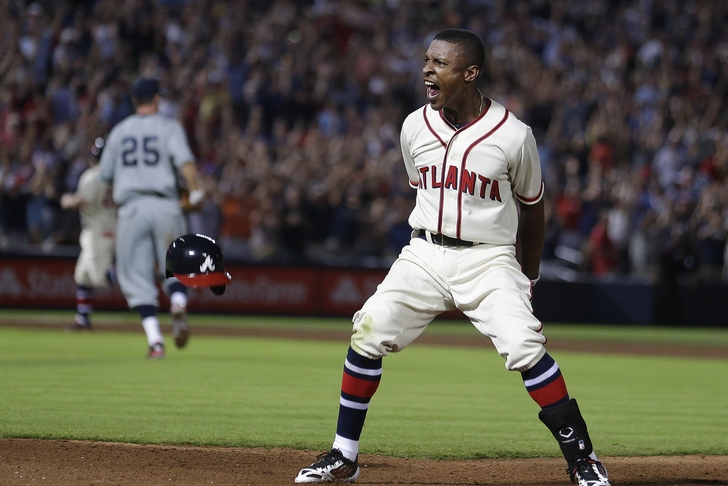 Per an AP source cited by the San Diego City and Press, "the Braves will receive a group of prospects. Among the players discussed were left-hander Max Fried, shortstop Jace Peterson and third baseman Dustin Peterson."

Upton will join a star-studded Padres outfield that now officially includes Matt Kemp, whose trade from the Los Angeles Dodgers was officially finalized on Thursday night. Kemp's acquisition was the first salvo in a complete overhaul by new Padres general manager A.J. Preller, who has also acquired outfielder Wil Myers, the 2013 American League Rookie of the Year, from Tampa Bay and 2014 All-Star catcher Derek Norris from the Oakland Athletics.

With 29 home runs and 102 RBIs for a less-than-potent Braves offense last season, Upton firmed up his spot as one of the premier power hitters in the game. He has one year and $14.5 million left on his current deal, with no talks of an extension having surfaced as of yet.