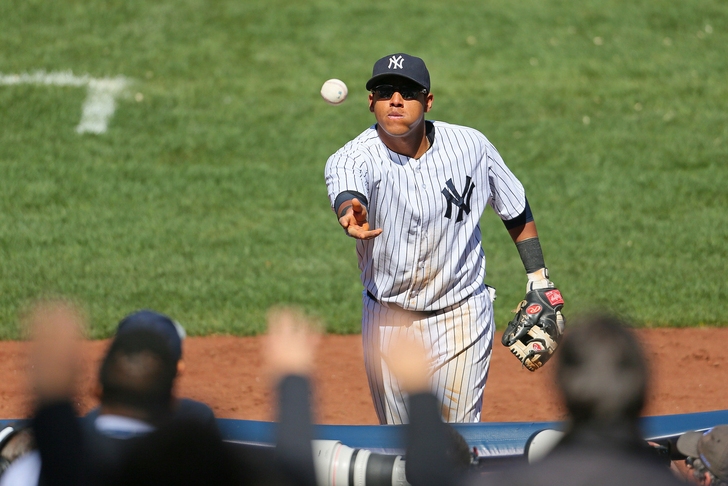 According to the Yankees PR Department, New York also sent coveted young arm Rafael De Paula to the Padres in the deal:

The Yankees have acquired 3B Chase Headley and cash from the Padres in exchange for INF Yangervis Solarte and RHP Rafael De Paula.

The New York Yankees and San Diego Padres have been in talks for what seems like years now regarding a potential Headley deal. While the Padres probably got less in return than they could have gotten last year for the 30-year-old corner infielder (due to Headley's struggles at the plate), acquiring Solarte is still a very solid coup for the Friars.

In De Paula, the Padres pick up a close-to-surefire MLB prospect who projects to be a mid-level starter with solid sinking movement on his fastball.