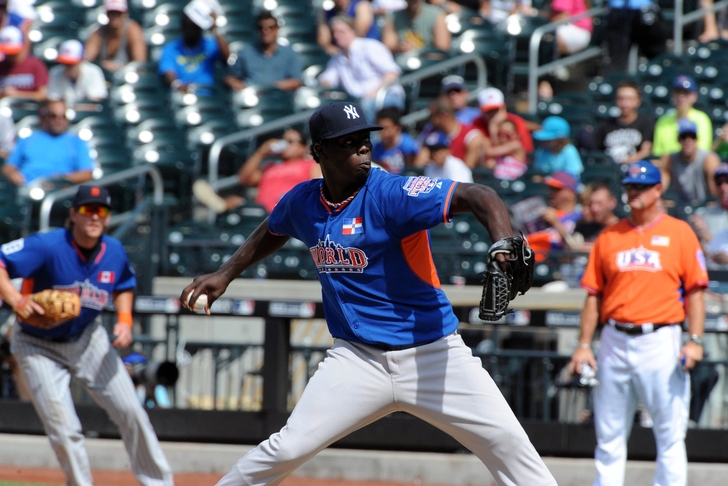 In today's look into Padres trade rumors and news, one MLB.com writer believes that RHP Rafael De Paula could end up being the gem of Tuesday's trade that sent third baseman Chase Headley to the New York Yankees.

Here's Bernie Pleskoff of MLB.com with his thoughts on De Paula's upside:

A 2010 international free agent from the Dominican Republic, De Paula has a chance to be the key player in this entire trade. For me, De Paula may prove to be a big addition to the pitching depth of the Padres for years to come. He is very athletic, and he has a good, strong and loose arm. De Paula's delivery is uncomplicated from a three-quarters arm slot. He can bring his fastball to 97 mph, but he generally sits at 93 to 94 mph. De Paula is very young and still in development at age 23. If he improves his command and control, he could be pitching out of the No. 2 or No. 3 slot in San Diego's rotation in the future.

With a K/9 ratio around ten and a tight, effective curveball with killer movement, De Paula's stuff could make him a huge addition to a youthful rotation that already has Andrew Cashner and Tyson Ross anchoring it.