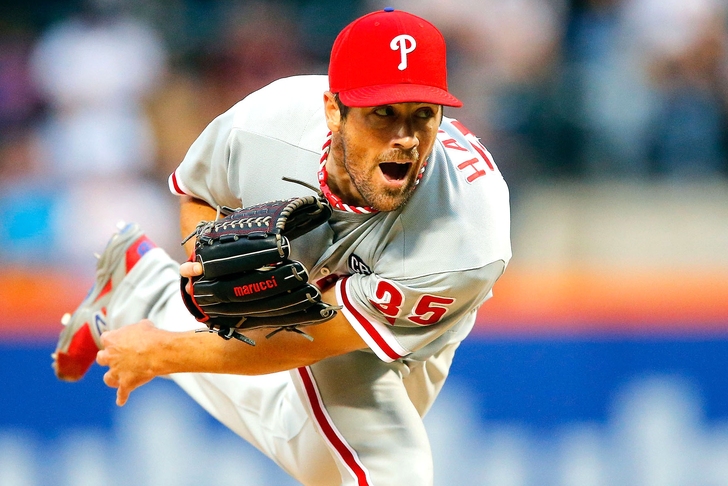 The San Diego Padres' extraordinary offseason roster makeover doesn't appear to be done, as Ryan Lawrence of Philly.com is reporting that the Padres have engaged the Philadelphia Phillies in trade talks centered on lefty ace Cole Hamels.

According to Lawrence, “the Padres have had discussions about trading for San Diego native Cole Hamels with new outfielder Wil Myers as potential bait, according to a baseball source.”

The San Diego Padres have been Major League Baseball’s busiest team by far this winter, completely retooling their starting lineup with the acquisitions of Matt Kemp, Justin Upton, and the aforementioned Wil Myers.

However, aggressive new Padres GM AJ Preller may now dangle the 2013 AL Rookie of the Year in hopes of placing Cole Hamels at the front of the team’s young and talented starting rotation.

The Boston Globe was the first to report the Padres' interest in Hamels last week, along with tabbing the Chicago Cubs, Texas Rangers, Los Angeles Dodgers, and Boston Red Sox as potential trade suitors. The 30-year-old has four years and $94 million left on his current mega-contract that also includes a 2019 option worth $20 million.