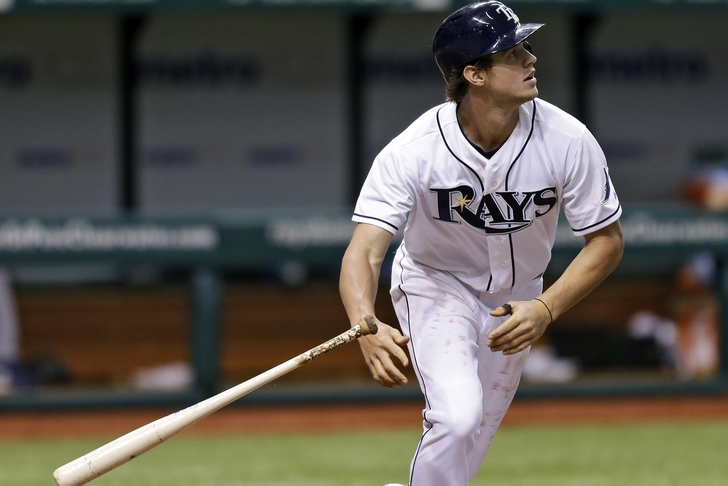 The San Diego Padres and Tampa Bay Rays are currently in trade negotiations that would send outfielder Wil Myers to the Padres in exchange for a couple of San Diego's more coveted prospects.

Per Rosenthal, it is unclear at this juncture as to whether or not a deal is close or if talks have just started up:

Not known if SD-TB trade is close. Would involve some of #Padres’ better prospects and likely take them out of Justin Upton sweepstakes.

Named the 2013 American League Rookie of the Year, Myers is under team control for five more years. He did miss a significant portion of the 2014 MLB season with a broken wrist, however, hitting just .222/.294/.320 when he was on the field.

Regardless, his .293/.354/.478 slash line in 2013 (with 13 home runs in 375 plate appearances) shows exactly what he is capable of when fully healthy, perhaps making him an easy pick over Atlanta's Justin Upton who sports just one year of team control at $14.5 million left on his contract.