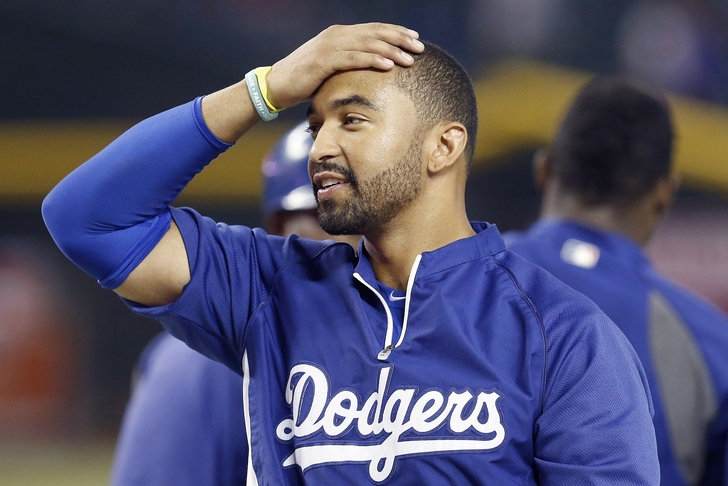 The originally-stated deadline of Thursday for the Los Angeles Dodgers and San Diego Padres to finalize the Matt Kemp mega-trade could be pushed back even further, per several MLB sources.

Despite several arthritis being found in both of Kemp's hips during a physical with the Padres earlier this week, Jon Heyman of CBS Sports is reporting that "people with knowledge of the situation, in fact, still suggest they believe the Kemp trade is still more likely than not to happen, and that makes sense considering how heavily invested both teams are -- especially the Dodgers, whose Jimmy Rollins trade appears to be dependent on the Kemp deal happening since one of the players coming from San Diego is expected to be flipped to Philadelphia for Rollins."

One of the pitching prospects Los Angeles traded to Philadelphia (Zach Eflin) was acquired by the Dodgers via the currently in-limbo Matt Kemp trade. If the Padres pull out of the deal, Los Angeles will have to scramble to rework their deal with the Phillies or risk losing Rollins too.

The proposed Kemp trade would send the 30-year-old star to San Diego for young catcher Yasmani Grandal plus Eflin and fellow pitching prospect Joe Wieland. The Dodgers would also send $32 million to the Padres to eat some of the $107 million remaining on Kemp's deal over the next five seasons, per several sources with knowledge of the deal.