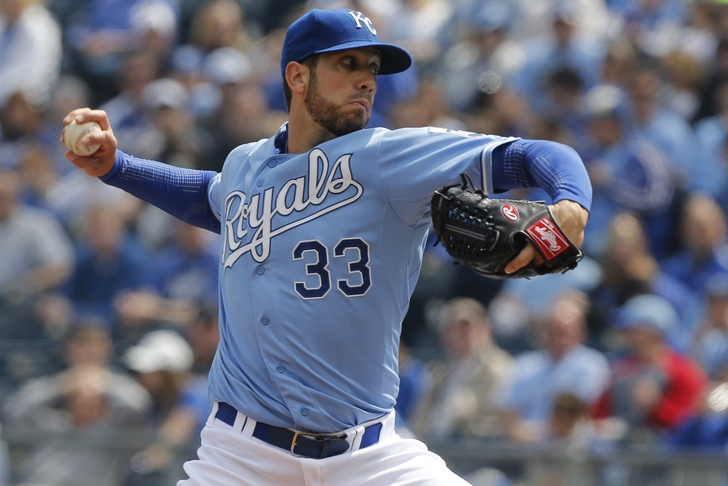 The San Diego Padres have placed their offer on the table to free agent righty James Shields, and it's up to the 33-year-old veteran starter to make the next move. If he decides against San Diego, the Chicago Cubs could very well still be in play to land him.

Per FOX Sports' Jon Morosi, Shields is currently mulling over details of what many sources are terming as the Padres' final offer:

James Shields was considering a contract offer from #Padres as recently as the last 12 hours, source confirms. @FOXSports

According to Morosi, that offer is said to be for four years in the $72-80 million range:

Source: #Padres' most recent offer to James Shields was four years and between $72 million and $80 million. — Jon Morosi (@jonmorosi) February 9, 2015

San Diego is considered the major front-runner to land the area native (he lives just 150 miles away), but there are still teams such as the Chicago Cubs, Miami Marlins, and St. Louis Cardinals lurking around if he's unwilling to stray that far away from his reported demands of a five-year deal in the $110 million range.

Shields posted a 14-8 record with a 3.21 ERA in 34 starts for the American League champion Kansas City Royals in 2014. He has averaged 223 innings per year over his past eight seasons of work.