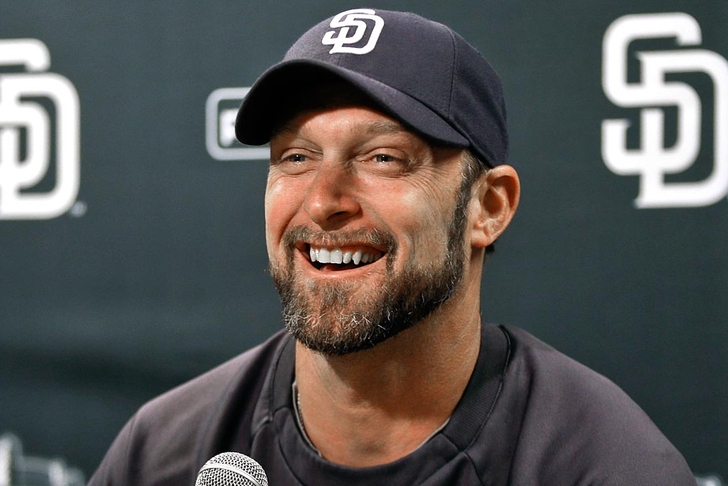 New San Diego Padres hitting coach Mark Kotsay is having a blast as the team's new hitting coach, and the 17-year MLB veteran/former special assistant to the general manager's enthusiasm has been infectious so far during his short time on the job.

"He was great," new Padres outfielder Wil Myers said after working with Kotsay in the Petco Park batting cage this month, via Corey Brock of MLB.com. "He's energetic and positive, and those are the two biggest qualities [you want] in a hitting coach.

"I don't think it's about how much you know, because everyone at this level knows how to hit. It's more being optimistic and getting the most out of your players -- whether that is feeding their ego, or telling them how good they are. It's building confidence."

Second baseman Jedd Gyorko is familiar with Kotsay from the end of his playing days, so he's already built up a major level of trust with the 39-year-old hitting coach.

"His last season was my rookie year, so there weren't a lot of introductions that needed to be made," Gyorko said. "Before, if anything ever came up, I went to him to talk about hitting, so it's like he's been my hitting coach for a full year already.

"It's going to be good. There's a reason why he played 17 or 18 years. It's good to hear a new voice. But at the end of the day, the players still have to go out and perform."