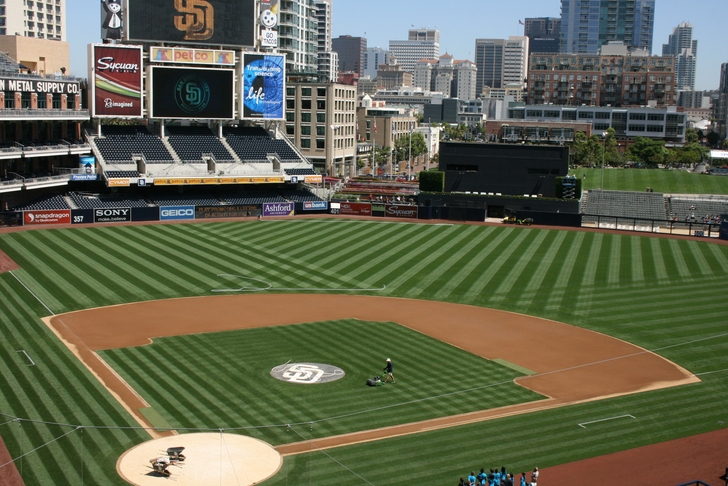 If you've ever dreamed about stepping up to home plate and taking a swing just like your favorite baseball player, head to Petco Park on March 15th to make your dream a reality. That’s right, the San Diego Padres are introducing their new promotion “Swing for your Seats”, allowing anyone aged 16 and up to try and put one over the fence. Did I mention the prize? Two season tickets for the 2014 season to watch the Padres make what you did to get your seats look a bit easier.

Although the idea of hitting a homer in a professional baseball park sounds intimidating, it’s reassuring that Petco Park is considered the most pitcher-friendly park in the National League - and the prize is well worth giving it a shot.

Contestants that sign up will arrive at the ballpark from 8am-4pm and have a heated face off with the pitching machine - participants will get one swing or face two pitches. These opportunities come infrequently, so it’s best you show up with the mindset of Jedd Gyorko and be ready to blast one out.

You may be wondering if there's a catch - and yes, there's a minor one. According to the guidelines, if you played Division 1 baseball in college or professional ball of any kind, you aren't eligible. There will also be a maximum of 1,000 participants, so it’s best to sign up before you talk yourself out of it.

Regardless of whether or not you think you can hit one out of the park, you never know - and what do you have to lose? Stepping up to a professional baseball park’s home plate may be a prize in itself - some pretty cool people have stood there as well over the years. Also, you’d come away with lifelong bragging rights if you're able to say you were the amateur that hit a homer at Petco Park.