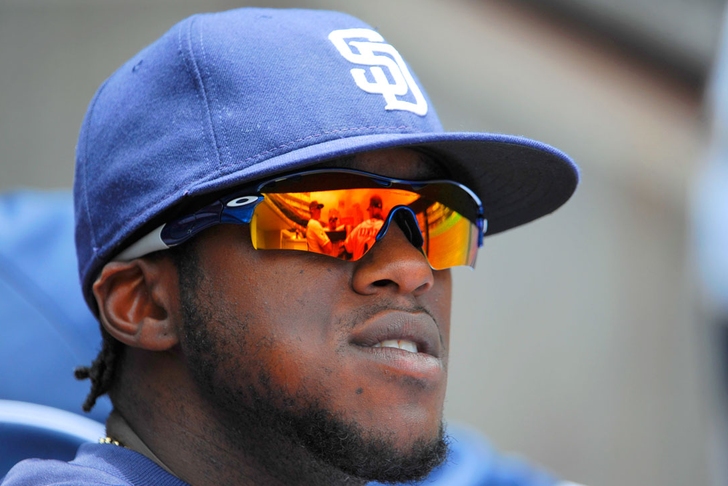 MLB announces that the Padres' Cameron Maybin was suspended for 25 games for amphetamine use.

In an official statement released by the team, San Diego Padres manager Bud Black stated that the club "fully supports Major League Baseball’s Joint Drug Prevention and Treatment Program. Cameron has accepted full responsibility for his violation and apologized to his teammates and coaches. We are all looking forward to his return.”

The 27-year-old center fielder's suspension will begin immediately, making him eligible for a return on August 20th during the second game of a three-game set with the Los Angeles Dodgers.

The Office of the Commissioner of Baseball announced today that San Diego Padres outfielder Cameron Maybin has received a 25-game suspension without pay after testing positive for an Amphetamine in violation of Major League Baseball’s Joint Drug Prevention and Treatment Program.

The suspension of Maybin is effective immediately.

Maybin is hitting .247 with one run and nine RBIs in 62 games this season.

For all the latest on this breaking story, stay tuned to Chat Sports for the latest Padres rumors and news.