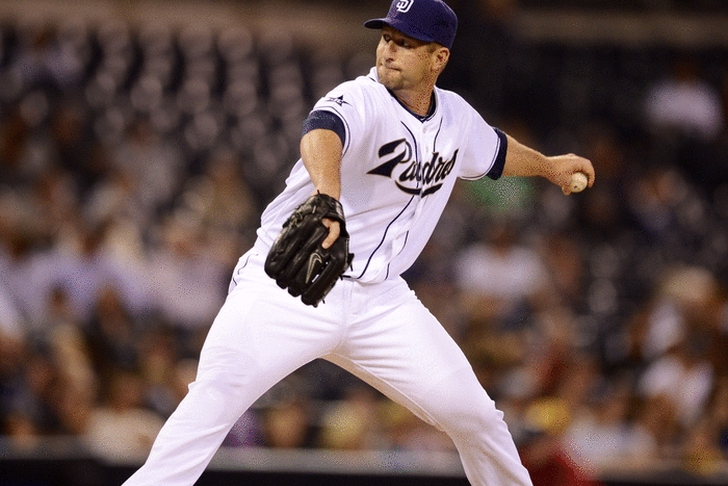 Everyone appreciates a feel-good story, and the return of Jason Lane to the major leagues definitely qualifies as just that.

After the Padres' recent 10-3 loss to the Pittsburgh Pirates, the team was in need of a few changes - like a fresh arm on the mound. This led to San Diego calling up 37-year-old Triple-A Chihuahua pitcher Jason Lane. Padres vice president of player development Randy Smith gave Lane a call and informed him he'd be playing in the Major Leagues for the first time since 2007...and for the first time ever as a pitcher.

Lane threw 3 1/3 perfect innings in his MLB pitching debut, and struck out Neil Walker (the first batter he faced). He then followed that up with nine more outs in a row. With an overworked bullpen, San Diego needed a fresh arm - and Lane did what he was called up to do.

In 2005, Lane had 26 home runs for the Houston Astros, and was a major contributor as the team reached the World Series for the first time in franchise history.

Prior to Lane’s recent return, the 37-year-old was seen in the Padres' outfield back in 2007. Little did anyone know that nearly seven years later, he would return - but instead of playing in the outfield, he'd bring his talents to the pitcher's mound.

Lane showed great potential to contribute this season, and he truly has an inspiring story. As he continues his improbable comeback, his fanbase will no doubt continue to grow...and Padres fans are already looking forward to his next outing.