3 San Diego Padres Players Ready To Break Out In 2015 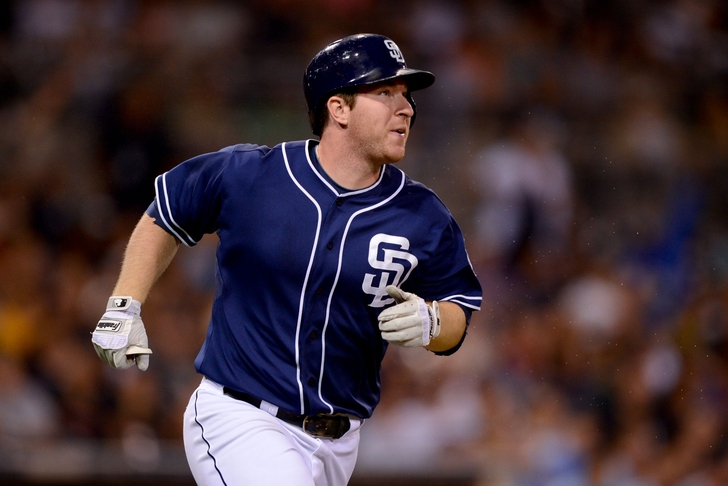 It's a new era for San Diego Padres baseball following GM AJ Preller's spending spree to end all spending sprees this offseason. However, for all that money to bring home some value in the form of a World Series title, the Padres will need some others talents to step up and help out marquee pickups like Matt Kemp, Justin Upton, and James Shields. Here's 3 San Diego Padres Players Ready To Break Out In 2015.

Gyorko hit a major wall of regression in 2014 after crushing 22 home runs in his rookie campaign back in 2013, slashing just .210/.280/.333 with notably reduced pop and confidence at the dish. However, he's only 26 years old and an offseason in the batting cage should be enough to help Gyorko take the next step in 2015.

A former top prospect for the Boston Red Sox, Middlebrooks has been floating in the ocean, so to say, for two years after a promising rookie campaign in 2012. The San Diego Padres think very highly of him regardless of his struggles, trading away a starting-caliber catcher in Ryan Hanigan to land him. A season away from the stifling microscope of Fenway Park in the laid-back world within a world of San Diego should be just what's needed to bring the "real" Will Middlebrooks out of hiding.

The 2013 AL Rookie of the Year regressed something terrible with the Tampa Bay Rays in 2014, slashing just .222/.294/.320 while generally looking uncomfortable in all facets of his game. Regardless, Myers is just three years removed from crushing 37 home runs across two minor league levels and has the youth (24) and unique offensive/defensive tool to become a legitimate star at PetCo Park.