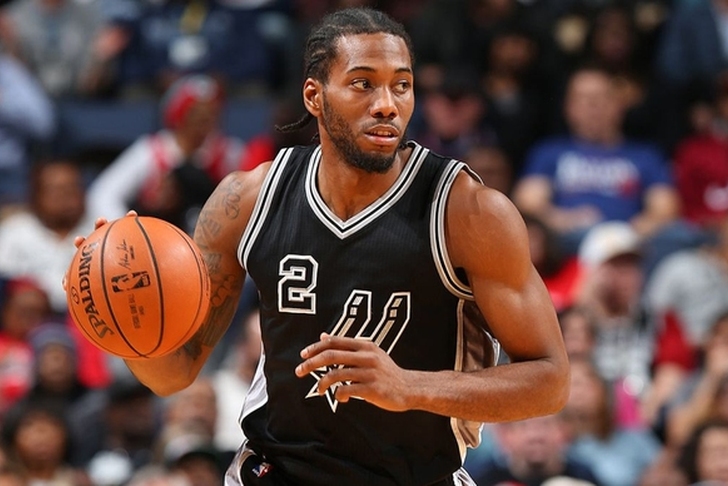 A furious fourth-quarter rally by the Utah Jazz forced the San Antonio Spurs to rely on a game-winning shot from Kawhi Leonard. The Spurs held on for an 88-86 win thanks to this shot from Leonard.

The Jazz outscored the Spurs 33 to 21 in the fourth quarter, but came up short. The Jazz actually led with one minute left, but the Spurs ended up with the win thanks to Leonard.

The win also gave Tim Duncan his 1,000th career victory. Duncan had just 3 points in the win. Leonard had a team-high 18 points.

The 65-12 Spurs haven't been eliminated from the No. 1 seed in the Western Conference, although the Warriors' magic number is down to two. The Spurs' next game is Thursday against the Warriors.