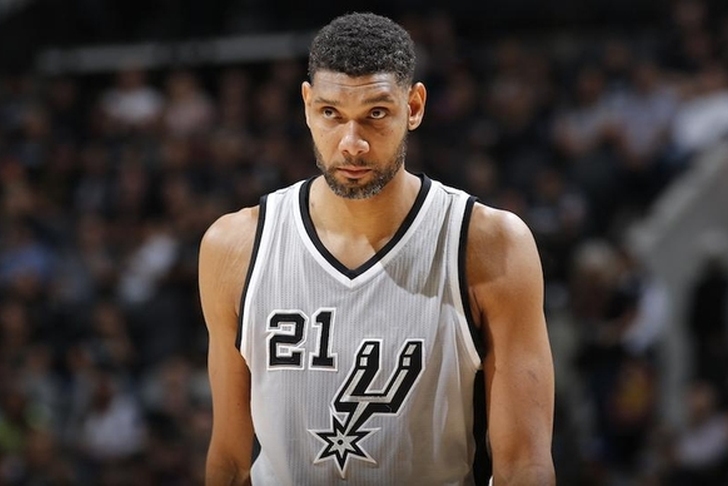 San Antonio Spurs forward Tim Duncan today announced that he will retire after 19 seasons with the organization. Since drafting Duncan, the Spurs won five championships and posted a 1,072-438 regular season record, giving the team a .710 winning percentage, which is the best 19-year stretch in NBA history and was the best in all of the NBA, NFL, NHL and MLB over the last 19 years.

Originally selected by the Spurs as the first overall pick in the 1997 NBA Draft, Duncan helped San Antonio reach the playoffs in each of his 19 seasons and became the only player in league history to start and win a title in three different decades. The Silver and Black won at least 50 games the last 17 seasons, the longest streak in league history, and posted at least a .600 winning percentage in each of Duncan’s 19 seasons, an all-time record for most consecutive seasons with a .600 win percentage in the four major U.S. sports.

The 40-year-old Duncan comes off of a season in which he led the NBA in Defensive RPM (5.41) and became just the third player in league history to reach 1,000 career wins, as well as the only player to reach 1,000 wins with one team. He helped the Spurs to a franchise-best 67-15 record and also became one of two players in NBA history to record at least 26,000 points, 15,000 rebounds and 3,000 blocks in his career (Kareem Abdul-Jabbar).

Duncan played a very reduced role with the Spurs this past season, averaging 8.6 points and 7.3 rebounds in 25.2 minutes per game. He leaves San Antonio as the franchise leader in points, rebounds, blocks, minutes and games played.

San Antonio had already started to move on from the Duncan era in 2015-16, signing LaMarcus Alridge to take over as their dominant low-post scorer. The Spurs also signed Pau Gasol last week, meaning Duncan would have come off the bench had he returned to the Spurs.

One of Duncan's longtime running mates, Manu Ginobili, recently decided to return for another season.