There's A New #1 Team In The NBA Power Rankings, Per NBA.com 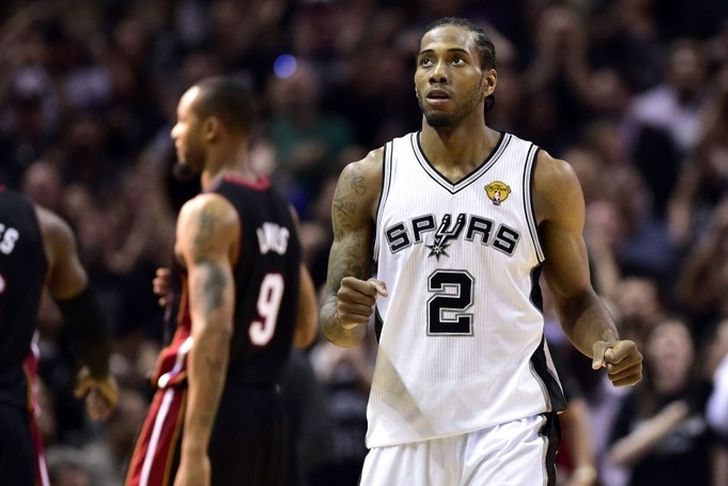 The Golden State Warriors have raced out to a 32-2 start to the 2015-16 NBA season, but that's not enough to save the #1 spot for them in NBA.com's latest power rankings release.

In fact, they're not even ranked as the best team in the Western Conference. The Warriors were replaced in the top spot by the San Antonio Spurs (29-6), sliding down to the #2 spot in the overall rankings.

NBA.com's John Schuhmann points to Stephen Curry's left calf injury and a recent troubling trend on defense with the Warriors having surrendered 110.8 points per 100 possessions over the past three games -- by far their worst stretch of the season so far.

As for San Antonio, they've been on fire since losing to the Houston Rockets on Christmas Day -- winning four straight by an average margin of 18 points. The Spurs continue on a stretch of ten games against sub-.500 teams until next Monday.

The Oklahoma City Thunder (24-10) and Cleveland Cavs (22-9) hang tight in the #3 and #4 slots respectively, with the Los Angeles Clippers (22-13) making a seven-spot jump after a red hot five-game offensive stretch without Blake Griffin. The biggest jump of the power rankings, however, goes to the Chicago Bulls (20-12) who jumped ten rungs from #16 to #6 after taking sole possession of second place in the Eastern Conference with a win over the Toronto Raptors on Sunday.