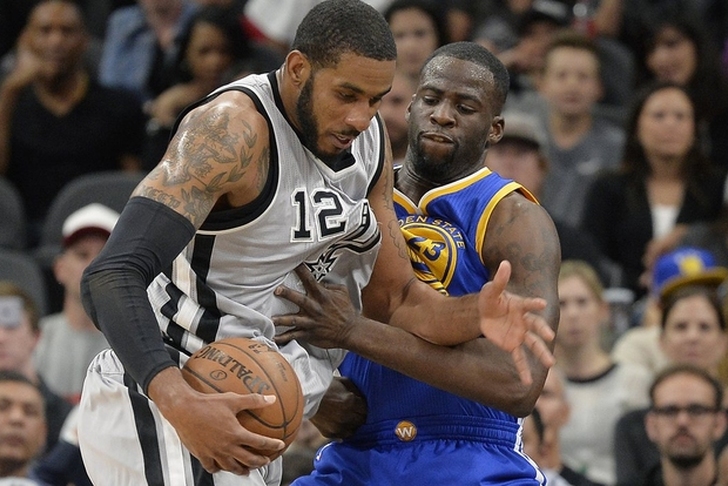 The San Antonio Spurs picked up arguably their biggest win of the season Saturday, shutting down the Golden State Warriors in an 87-79 win. The 59-10 Spurs remain in second place in the Western Conference, but still have a chance at the No. 1 seed. Let's get you up to speed with the week that was and the week ahead with our Spurs Weekly update:

Last Week:
The Spurs started their three-game week Tuesday with a 108-87 win over the Los Angeles Clippers. The Spurs dominated the fourth quarter, out-scoring the Clippers 37-17 to win. Kawhi Leonard led the way with 20 points. Patty Mills added 15 off the bench.

Saturday against the Warriors, the Spurs picked up an 87-79 win. Defense was key in the game, as the Spurs found a way to shut down Stephen Curry and hold him to just 14 points. Leonard and Aldridge led the way, with each posting double doubles.

What's Next?
After playing six straight at home, the Spurs have a road game Monday against the Charlotte Hornets. San Antonio is then back at home for two games. They host the Miami Heat Wednesday and Memphis Grizzlies Friday. The final game of the week is on the road Saturday against the Oklahoma City Thunder in what should be a great game. For more on the Spurs' upcoming games, download the Chat Sports Android and iPhone app.

What They're Saying About The Spurs:
What We Learned From The Spurs' Win Over The Warriors
Spurs Send Simmons, Marjanovic To Austin
Spurs May Have Path To Victory Over Warriors